Ugly scenes of smashed and toppled headstones at a Jewish cemetery in Romania have shocked the country’s dwindling Jewish community and prompted international condemnation.

Vandals badly damaged 73 gravestones in the north-eastern town of Husi earlier this month, amid a surge in anti-Semitic attacks across Europe.

“It’s a very disturbing event, but it’s nothing surprising,” said Maximillian Marco Katz, founding director of the Centre for Monitoring and Combating anti-Semitism in Romania.

“It shows that anti-Semitism is alive, it doesn’t matter who did it,” he told the BBC.

“They didn’t knock down two or three gravestones, they knocked down 73 gravestones – that takes some determination and it takes time.”

A criminal investigation has been opened.

An elderly community dying out

The Shabbat service is about to start at the Status Quo synagogue in Targu Mures, a city in central Romania.

Standing in the sunlit courtyard, community leader Vasile Dub, 72, expresses a mix of concern and caution. 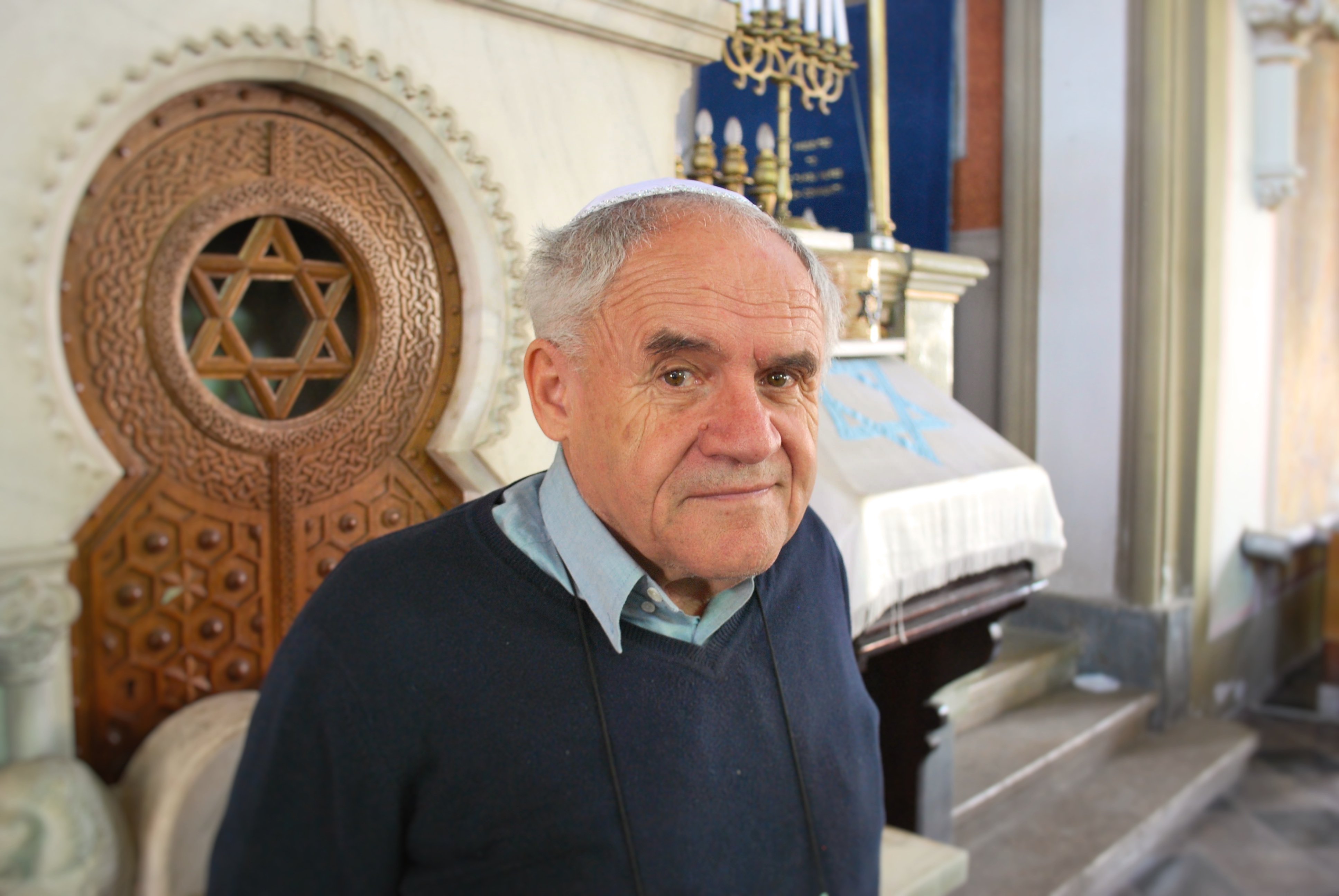 What has happened in Husi is a very sad event

Nowadays he says that he feels “absolutely safe” in Romania, but later admits that he doesn’t always declare that he is Jewish.

“The real tragedy was in the 1940s,” says Mr Dub, who lost family members in the Holocaust.

During World War Two, when Romania was under the military dictatorship of Marshall Ion Antonescu, up to 380,000 Jews were killed in Romanian state-held territories. Thousands more were sent to the Nazi death camp at Auschwitz.

In the decades following the war, anti-Semitism perpetuated under Romania’s communist regime and thousands of Jewish families emigrated to Israel, the US and elsewhere in search of a better life.

Before the war, Romania had one of the largest Jewish communities in Europe. Today it is a fraction of its original size and most of the community are elderly.

“In 20 years there will be no Jewish community in Targu Mures,” predicts history teacher Gyuri Diamantstein. Aged 64, he is one of the youngest at the prayer service, attended by around 20 people.

“We are the last representatives of (Romania’s) Jews – we are dying,” he says.

The Husi cemetery attack occurred less than a year after the childhood home of Romanian Auschwitz survivor Elie Wiesel, a Nobel laureate who for decades fought against hatred, was defaced with anti-Semitic graffiti.

The graffiti scrawled on his former home, now a museum, read: “Public toilet, anti-Semite paedophile” and “Nazi Jew lying in hell with Hitler.”

Romania is not alone in witnessing anti-Semitic attacks.

France reported a 74% rise in violence against Jews last year, while German police recorded a 60% rise. In recent months, the UK’s opposition Labour Party has faced repeated accusations of anti-Semitism.

Silviu Vexler, an MP and representative of Romania’s Federation of Jewish Communities, has warned of a rise in anti-Semitic comments online, whenever articles are published relating to Jews or Israel.

Theatre director David Schwartz, 33, has been a victim of online hate, and says his recognisably Jewish name can make him a target for anti-Semitism.

Romania has acted against anti-Semitism in recent years:

But Jewish leaders are not convinced.

“In order to satisfy the international community, Romania puts up a few flags,” says Maximillian Marco Katz. “Legislation exists, but it is not implemented.”

Mr Vexler believes that some Romanian politicians trivialise the “painful history of the Jews” in political discourse.

Many believe that Romania has been slow in dealing with its dark past and the role it played in the systematic extermination of Jews.

Although a Holocaust memorial was inaugurated in Bucharest in 2008, five years earlier the Romanian government denied responsibility for its part in the Holocaust, which sparked outrage among the international Jewish community.

Decades of communist rule in Romania led to a lack of education on the subject, and that has largely continued to this day.

“The real anti-Semitism is ignorance,” says Vasile Dub, as the handful of elderly worshippers files out of the synagogue at Targu Mures.

“Local people have no idea about the history of Jews.”