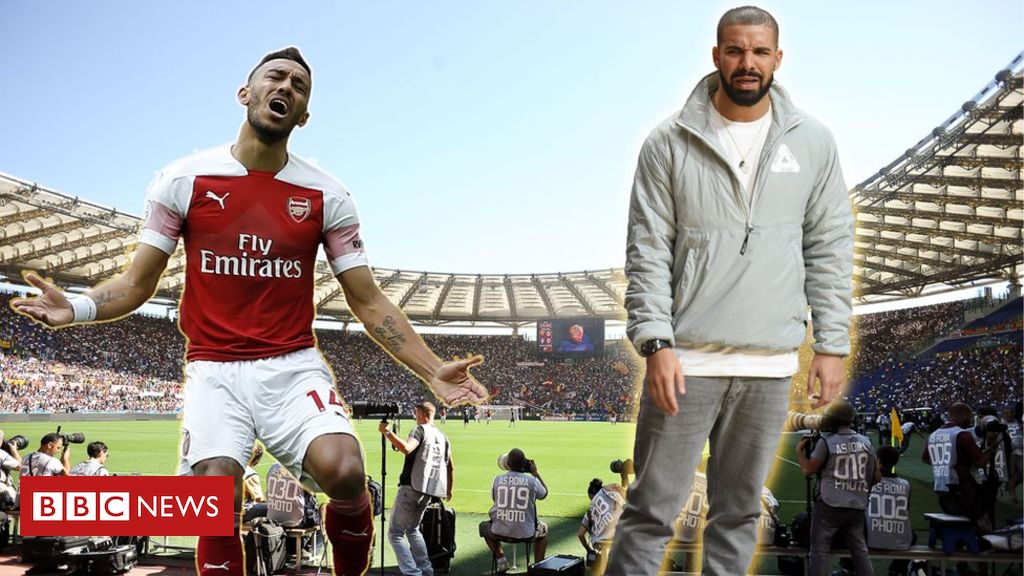 Drake is gifted at many things – rapping, random acts of kindness, bringing back cancelled TV shows. But, for many football fans, he’s also becoming a bit of a pain.

Paris Saint-Germain’s Layvin Kurzawa is the latest footballer to pose for a photo with the Canadian star and have his team lose their very next game.

PSG’s spectacular 5-1 loss to Lille has reignited suspicions that Drake, while obviously multi-talented, is a curse on every sports star he meets.

And AS Roma want nothing to do with it.

Obviously Roma are joking, but a number of clubs across England and Europe might be wishing they’d banned their players from posing for pictures with Drake over recent weeks.

The rapper has spent the past month travelling the UK and Europe on his Assassination Vacation tour.

And a fair number of footballers have been among the thousands who’ve flocked to see him perform.

Paul Pogba saw Drake perform at the Manchester Arena and got a picture taken with him – not long before Manchester United lost 2-1 to Wolves in the FA Cup.

It was a similar story for Arsenal’s Pierre-Emerick Aubameyang, who was at one of Drake’s seven shows at the O2 in London.

After losing 1-0 to Everton the following weekend, plenty of Gooners will probably be wishing he’d never posed for a picture.

He missed a penalty in the Champions League as Man City lost 1-0 to Tottenham earlier this month, not long after he’d been photographed with Drake at a show.

And could the rapper also be to blame for Borussia Dortmund losing 5-0 to Bayern Munich, after hanging out with their English rising star Jadon Sancho? At this point, why not?

The Drake Curse has become a bit of a social media phenomenon in recent years.

In a way, it kicked off with Drake’s beloved NBA team the Toronto Raptors. He became a global ambassador for the club in 2013, and can be seen cheering them on from the sidelines whenever they’ve got a big game.

Unfortunately though, the last six years have seen the Raptors develop a bit of a reputation for choking in those big games.

In 2015 Serena Williams was trying to become the first woman to win all four tennis Grand Slams in a calendar year since Steffi Graf did it in 1988.

But 2015 was also the year that Drake was spotted watching a lot of her games.

Roberta Vinci was a 300-1 underdog when she faced Serena in the US Open – but we’re pretty sure by now you can guess what the outcome of the match was.

And if you still need more evidence, last year Conor McGregor tapped out in the fourth round of his fight against Khabib Nurmagomedov.

Any guesses who he’d been hanging out with beforehand?

With so many infamous examples, it’s unsurprising that Drake has got in on the joke.

Ahead of the game that decided who’d be playing in the most recent Super Bowl, Drake wore a jumper featuring the logos of all four teams that were in with a chance.

Two teams had to make it to the final, so surely that was the end of the curse?

What followed was the lowest-scoring Super Bowl in history – a curse in the eyes of everyone who watched it.

There is good news though.

Drake’s tour is about to come to an end – so it looks like, for now, Roma might be in the clear.