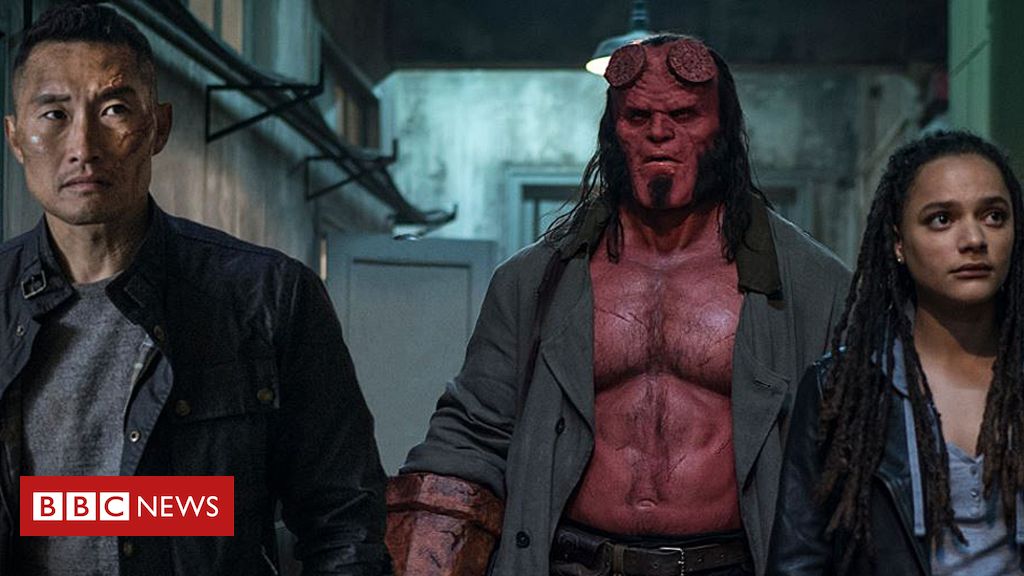 The latest remake of Hellboy hit Russian cinemas on 11 April. Directed by Neil Marshall, the film features a demon who switches satanic allegiance to protect humanity from evil.

However, audiences in Russia discovered that in their version of the film a reference to Soviet dictator Joseph Stalin had been changed to Nazi leader Adolf Hitler.

Please note there are minor spoilers below.

In a line of expository dialogue, the film’s titular character reveals that one of the supporting antagonists, Russian folklore character Baba Yaga, once attempted to resurrect the spirit of Stalin.

The original line, uttered by Hellboy upon confronting Baba Yaga, is: “I recall you tried to raise Stalin’s ghost from a necropolis.”

In the film’s Russian-language version, according to small independent TV channel Dozhd, the line goes: “I want to remind you, you tried to raise Hitler’s spirit from a necropolis”.

Theatres screening the English-language version of the film complemented it with Russian subtitles. During this scene, the audio for Stalin’s name was bleeped, while the subtitles said “Hitler”.

The only other word censored in the film was a Russian curse word uttered by another supporting antagonist, Russian mystic Grigory Rasputin. All English swear words were left untouched.

In Russia, the film was aired to audiences of 18 and older. The British Board of Film Classification (BBFC) gave it an age rating of 15.

This is not the first case of Stalin-related censorship in Russian film theatres.

In 2018, the Russian Culture Ministry withdrew the film distribution certificate for the UK comedy film Death of Stalin.

The film was described by Russian officials as “disgusting” and “extremist”.

Russian social media users were unappreciative of the name substitution in Hellboy.

“Level of idiotism in the situation: 1953 per cent,” one Twitter user said, referring to the year of Stalin’s death.

“Apparently, in Russia, Stalin’s name cannot be taken in vain,” tweeted another.

“It’s just that, I am sure, Germans would not change Hitler’s name to Stalin,” a comment on popular Russian social network VK says.

‘Why would Baba Yaga resurrect Hitler?’

“Turns out, we are now censoring Stalin’s last name. That’s one. Turns out, Hitler and Stalin are approximately the same thing, if you look at the problem from the distributor’s point of view. That’s two,” the website said.

The film’s antagonist and would-be resurrector of Stalin, Baba Yaga, is a Russian folklore character.

She is usually depicted as an elderly hag living in a hut standing on giant chicken legs, a trait that made it into the film. Her role in Russian fairy tales is often left ambiguous, as she can both hinder and support the protagonist on their journey, depending on her own motives.

“Why would Baba Yaga resurrect Hitler? There is no sense! She is Russian!” kg-portal.ru wonders.

According to a recent poll conducted by independent public research organisation Levada Centre, 70% of Russians believe that Stalin played a positive role in Russia’s history.

The poll also showed that 6% of respondents regarded Stalin with sympathy, 4% with admiration and 41% with respect.

MEGOGO Distribution, the film’s distributor, did not respond to a BBC request for comment.

Use #NewsfromElsewhere to stay up-to-date with our reports via Twitter.