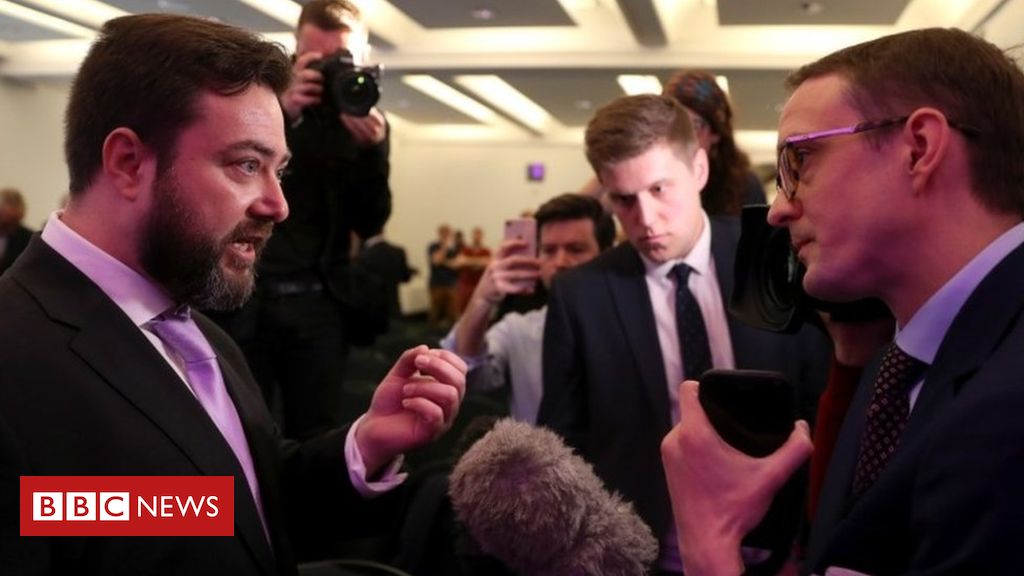 A YouTuber-turned-UKIP candidate who said he “wouldn’t even rape” a female Labour MP has refused to apologise.

Carl Benjamin wants to stand to become an MEP for the South West for UKIP in the European elections on May 23.

Members of UKIP’s Swindon branch said Mr Benjamin had only joined the local party recently and he should be deselected.

At a news conference in London, Mr Benjamin accused media outlets of “smearing” him.

His use of Twitter in 2016 hit the headlines when he responded to Labour MP Jess Phillips’ concerns over threats of sexual assault by saying: “I wouldn’t even rape you…. feminism is cancer.”

“UKIP Swindon wants absolutely nothing to do with Carl Benjamin or his websites,” he said.

“His appearance is not doing UKIP any favours.”

But UKIP leader Gerard Batten rejected the concerns, saying there were people in UKIP “that want to deselect me – it’s called politics”.

“That’s the nature of the business.”

Mr Benjamin accused journalists of being “dirty smear merchants”, adding: “I’m not answering your questions, I’m not apologising for anything.”

Speaking at the weekend, UKIP’s leader Gerrard Batten said Mr Benjamin’s comments were made in satire.

Ms Phillips, the MP for Birmingham Yardley, has spoken out on behalf of rape and domestic violence victims in Parliament.

She said it was right for the UKIP leader to have been challenged on the issue, adding she was considering getting an “army of feminists” to campaign in the area Mr Benjamin was standing.

She tweeted: “Carl Benjamin will forever have whatever career he has defined by me, he will hear my name wherever he goes.

“His whole political life defined by little feminist Jess, that my friends is comedy.”

Nominations for the European elections close on 24 April and a full list of candidates for the South West will appear on the BBC website.