Bosnia in spat with Croatia over 'arms in mosques' 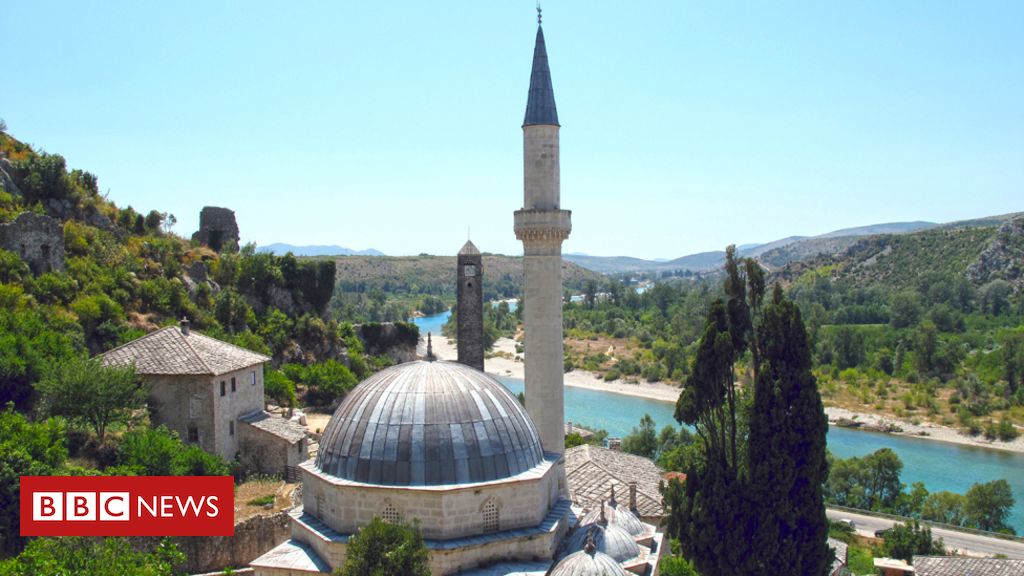 It sounds like a political satire storyline rejected for being just a little too far-fetched.

In this week’s episode: The president makes wild and unverifiable claims portraying the neighbouring country as a security threat and safe haven for thousands of Islamist terrorists. Much outrage ensues, until her country’s intelligence agency rides to the rescue – and attempts to make the facts resemble the rhetoric.

One suspects the writers of the American satire Veep would have laughed the idea out of the room. But there are few chuckles in Bosnia, where this week the presidency has ordered a diplomatic note of protest to be sent across the border to Croatia.

The contents of this missive have yet to be confirmed. But it is likely to contain some hot words about the alleged conduct of Croatia’s Security Intelligence Agency (SOA).

Even by the standards of the Western Balkans, the claims are extraordinary.

Last month, the independent news website Zurnal, based in Sarajevo, published interviews with Bosnian Muslims who said the SOA had tried to coerce them into smuggling weapons into places connected with the Salafi Islamist movement in Bosnia.

The “discovery” of these arms caches would then justify comments made by Croatia’s President, Kolinda Grabar-Kitarovic. Two years ago, she said there were 10,000 people with “very radical rhetoric and intentions” in Bosnia – remarks which caused outrage at the time.

Croatia’s Prime Minister Andrej Plenkovic called the story “a matter of creative manipulation” during a visit to the Bosnian town of Neum.

The SOA described the claims as “false and malicious”, though it confirmed that its officers had been in contact with the Bosnian citizens quoted in the story.

Meanwhile, Bosnia’s Security Minister Dragan Mektic rushed to claim credit for foiling a “false flag” operation which would have tarnished his country’s international reputation. “The plan was to discredit Bosnia and show it as a terrorist hub and a threat to the region and Europe,” he said.

It seemed logical when Bosnia’s state prosecutor stepped in to investigate the allegations. But then it turned out that the focus of the investigation was Mr Mektic.

The prosecutor suspected the security minister of revealing secret information and giving false statements. Mr Mektic called the investigation “a farce… to mislead the public”.

Confusion would be understandable. But Bosnians understand that the claims and counter-claims fit into a queasy ethno-political game which has persisted since the Dayton Agreement brought an end to Bosnia’s ruinous conflict in 1995.

Nationalist politicians in Bosnia-Herzegovina still promote the idea of secession – and have strong links to parties in Croatia and Serbia. The governing HDZ party in Croatia has a highly influential sister organisation over the border.

“They’re more on the side of Croatia than their own country,” says Ivana Maric, an independent political analyst based in Sarajevo.

Ms Maric says it is “not impossible” that the SOA was involved in a plot, as Zurnal alleged. She points out that Slovenia recently recalled its ambassador from Zagreb in protest at the Croatian intelligence agency’s activities.

“The SOA knows that it has partners in Bosnia who will help,” she says. But she believes the real problem is politicians who perpetuate ethnic tensions to divide, rule and profit.

“They all need this. This is the game the politicians play the whole time – good guy/bad guy, pretending there are lots of enemies and they don’t have to do anything for the voters.”

Zurnal journalist Avdo Avdic says his story was the result of months of research, but that the state prosecutor showed little interest in the evidence he had gathered. He puts this down to ethno-politics.

“For years we have been warning that our neighbours, Croatia and Serbia, control key institutions in Bosnia. I was interviewed at the prosecutor’s office, but they did not ask a single question related to this case.”

The affair was slipping from the headlines, but Bosnia’s presidency has apparently revived the row by ordering the foreign ministry to prepare a diplomatic note. Avdo Avdic says this is the result of information from Bosnia’s own intelligence agency.

“I expect there will be no serious consequences when it comes to diplomatic relations or co-operation in any sector – including security,” he says.

Business as usual, in other words. The latest instalment may have been baffling for outsiders – but for weary onlookers in Bosnia, it is just part of a seemingly never-ending series.