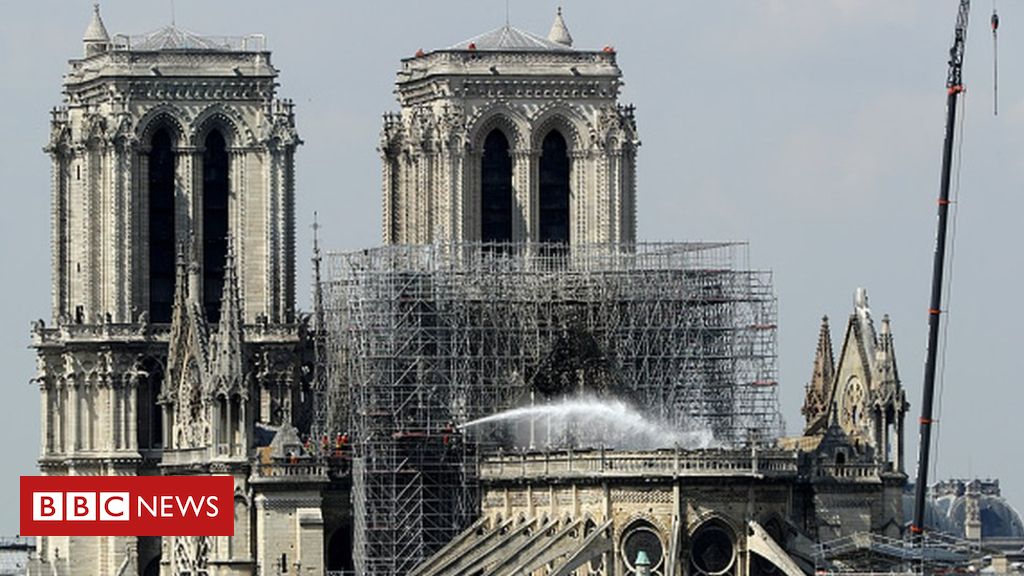 Notre-Dame’s smallest residents have survived the devastating fire which destroyed most of the cathedral’s roof and toppled its famous spire.

Some 200,000 bees living in hives on the roof were initially thought to have perished in the blaze.

However Nicolas Géant, the cathedral’s beekeeper, has confirmed that the bees are alive and buzzing.

Mr Géant has looked after the cathedral’s three beehives since 2013, when they were installed.

That was part of an initiative to boost bee numbers across Paris.

The hives sit on top of the sacristy by Notre-Dame’s south side, around 30m (98 ft) below the main roof. As a result, Mr Géant says they remained untouched by the flames.

European bees – unlike other species – stay by their hive after sensing danger, gorging on honey and working to protect their queen.

High temperatures would have posed the biggest risk, but Mr Géant explained that any smoke would have simply inoculated them.

“Instead of killing them, the carbon dioxide makes them drunk, puts them to sleep,” he told AP.

Beekeepers commonly use smoke to sedate the insects and gain access to their hive.

“I was incredibly sad about Notre-Dame because it’s such a beautiful building,” Mr Géant said in an interview with CNN.

“But to hear there is life when it comes to the bees, that’s just wonderful.”

“Thank goodness the flames didn’t touch them,” he added. “It’s a miracle!”