Champions League promotion and relegation to be discussed by top clubs 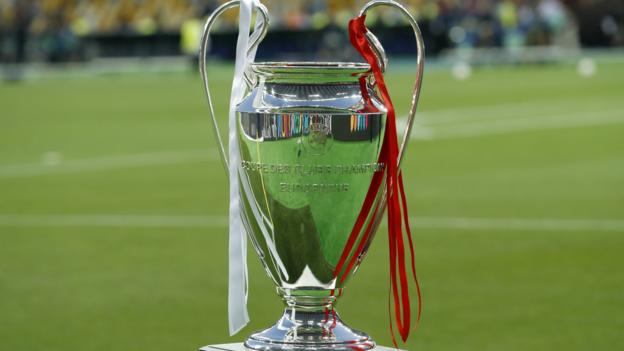 A European football pyramid with promotion and relegation to the Champions League is to be discussed by leading clubs.

The ECA has called a meeting of the clubs on 6-7 June.

The organisation wants to hear views on “principles we feel are fundamental to the future of European football”.

These include the creation of a “pyramidal Pan-European league system with continuity and opportunity to grow from within” and the “enhancement of mobility and dynamism across the system through carefully applied promotion and relegation”.

Agnelli also says new competitions have to be “an inclusive platform for all clubs, based on sporting meritocracy, not historical privilege”, and that “symbiosis” must be maintained with the domestic leagues.

The ECA, which has denied reports in the past that it plans to create a closed league with guaranteed places for the biggest clubs, said discussions were at an early stage.

The English, French and Spanish leagues – and the European Leagues umbrella group – have opposed such proposals, saying domestic football is more popular with fans.

Juventus chairman Agnelli said in his letter that ECA members should not accept an invitation to a European Leagues meeting in Madrid next month.

European football is on the cusp of potentially seismic structural shifts.

The big European clubs want wholesale changes to continental competitions from 2024 onwards and are working with Uefa to redraw football’s map.

What will it eventually look like? That’s the big question and talks are only just getting under way.

But this letter from ECA chief Andrea Agnelli sets out in broad brushstrokes a potential framework.

A pyramid structure across three European competitions with an element of promotion and relegation has been suggested.

Agnelli is clear that any plan must remain rooted in sporting meritocracy which retains the ability to qualify from domestic leagues.

Nevertheless, it’s inevitable that fans will be worried. The plans are set against a backdrop of concerns that clubs are increasingly commercially minded to the detriment of the match-going supporter .

The European Leagues are also concerned. They fear domestic structures could be severely damaged and the likes of the Premier League, La Liga and Bundesliga are all expected to mount a strong defence of their interests.

The fight for the future of the European game is truly under way.