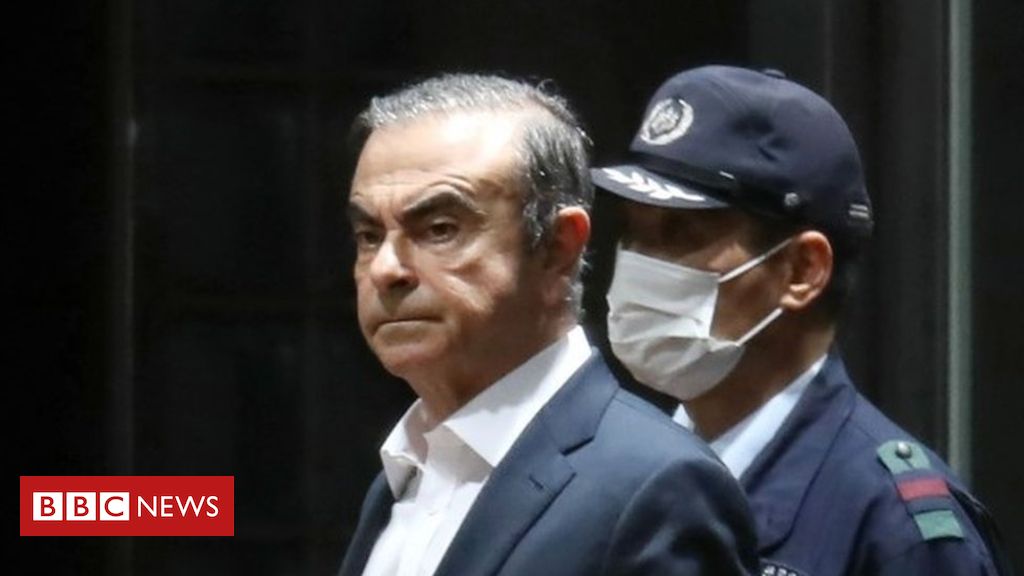 Mr Ghosn faces four charges in Japan over allegations of financial misconduct, which he denies. It is the second time he has been bailed.

The 65-year-old was initially freed last month, then re-arrested on 4 April on a fresh charge.

His lawyer says the court’s bail conditions include banning Mr Ghosn from meeting or communicating with his wife without prior permission and having his other movements and communications closely monitored and restricted.

Later on Thursday, Mr Ghosn released a statement: “I am grateful that bail has been granted and thankful for my family and supporters in Japan and around the world who fought for my release.

“I maintain my innocence and am committed to vigorously defending myself against these meritless and unsubstantiated accusations. I hope to be given a fair trial where the truth will come to light and I will be fully vindicated.”

Prosecutors had appealed against the court’s decision to grant bail, which Mr Ghosn’s lawyers applied for Monday after he was charged with aggravated breach of trust.

That indictment relates to allegations that the auto boss made a multi-million-dollar payment to a Nissan distributor in Oman, and that as much as $5m was funnelled to an account controlled by Mr Ghosn.

He had previously been charged over allegations he under-reported his salary and sought to shift personal losses to Nissan.

As part of his previous bail conditions, a 24-hour surveillance camera had to be installed at the entrance of his court-approved permanent residence.

He was restricted to using a sole computer, in his lawyer’s office, and one mobile phone.

Mr Ghosn was first arrested in November and spent 108 days in custody. He was released after posting $9m bail.

The fall from grace for the industry titan has attracted global attention. The case has also put a spotlight on fighting within the carmaker alliance and on Japan’s legal system.

Mr Ghosn was the architect of the alliance formed between Japan’s Nissan and French carmaker Renault, and brought Mitsubishi on board in 2016.

He is credited with turning around the fortunes of Nissan and Renault over several years.

Earlier this month Mr Ghosn said the allegations were a plot and conspiracy against him, accusing Nissan executives of “backstabbing”.