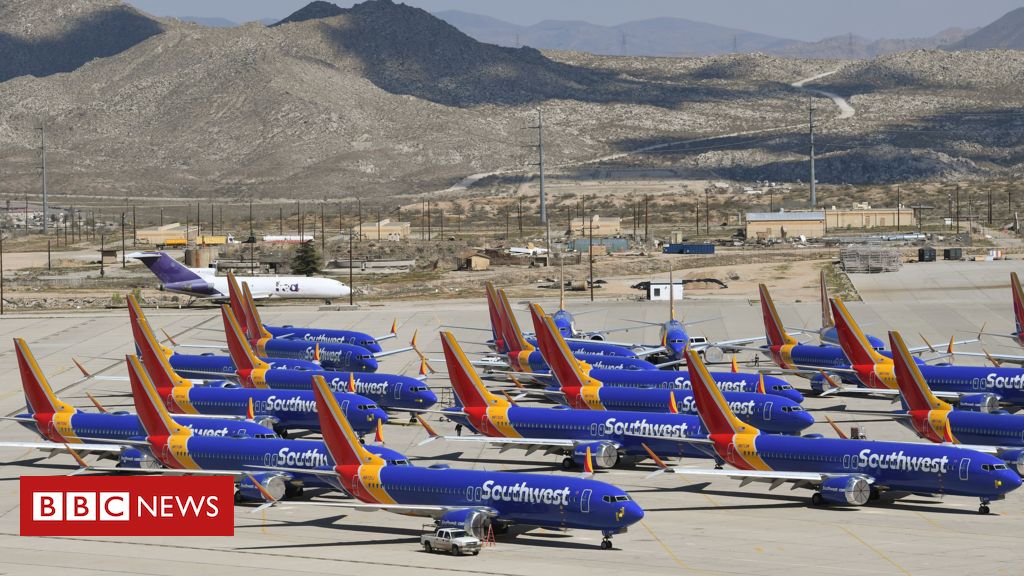 Airlines Norwegian and Southwest have both revealed big hits to their earnings from the grounding of Boeing 737 Max planes.

Norwegian said “uncertainty” over the issue could cost it up to 500m Norwegian kroner (£45m).

Boeing Max aircraft have been forbidden from flying since the Ethiopian Airways crash in March, which killed 157.

It was the second crash involving a 737 Max 8 jet in five months, raising concerns there may be issues with the plane’s software.

The US airline, which has 34 Max jets, said the cancelled flights, along with the US government shutdown and maintenance issues, had hit its revenue per seat in the first quarter.

But while the carrier is extending Max cancellations until 5 August, its profit in the quarter was better than expected at $387m.

Norwegian, on the other hand, is in the midst of a turnaround plan and said the grounding could now stop it returning to profit in 2019.

While its Max planes remain grounded, it has been rebooking passengers on to other flights and renting alternative aircraft in an attempt to maintain as much of its schedule as possible.

Chief executive Bjoern Kjos said: “There is a saying that you should hope for the best and plan for the worst, so we are planning to have [the Max aircraft] on the ground throughout August.”

Boeing has said it is developing new software for the Max’s Manoeuvring Characteristics Augmentation System (MCAS), an anti-stall system which has come under scrutiny since the crashes.

On Wednesday, Boeing said a fall in deliveries of the jet had already led to a $1bn drop in revenues.

The company also said that uncertainty over when the plane would be allowed to fly again meant it was unable to forecast its profits for 2019.