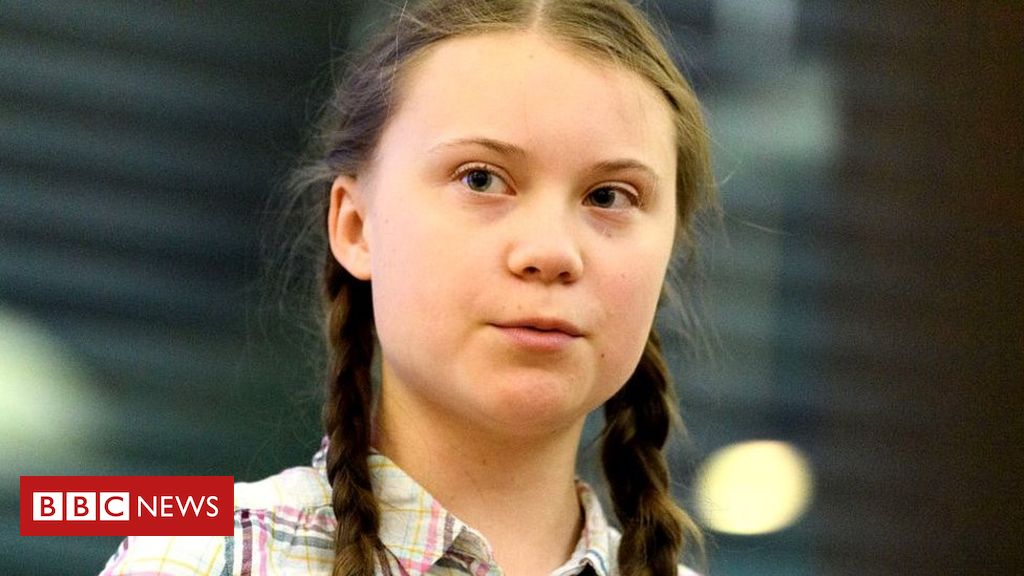 A teenage climate activist who gained world recognition for her school strikes is claiming the UK has overstated how much it has reduced greenhouse gas emissions.

The gases – mainly carbon dioxide – from burning fossil fuels contribute to global warming when released into the atmosphere. The UK’s current target is to cut 80% of emissions from 1990 levels by 2050.

The government says greenhouse gas emissions have fallen by 42% since 1990.

But Greta Thunberg told MPs in Westminster that the true reduction was more like 10%.

Two very different figures – can both be right?

It all depends on what you count as a country’s emissions.

She is right to say that the figure misses out these things.

It refers to the UK’s “territorial emissions” – that is a measure of what happens within the country’s borders, including things such as heating and powering homes, transport, domestic industry and agriculture.

The UK is not unique in producing its figures like this, though. It is sticking to internationally agreed standards.

Each year, countries that are signed up to an international agreement called the Kyoto Protocol submit their overall emissions figures to the UN. That reporting is all done on a territorial basis – so they all exclude international aviation, shipping and imports.

Miss Thunberg did also criticise other countries for using the same methods.

What happens if you factor these in?

The Department for Environment, Food and Rural Affairs (Defra), produces figures on “consumption emissions” – a measure of emissions based on everything the UK uses, including imports. These are not used as official figures though.

On this measure, the UK’s estimated overall carbon footprint in 2016 was about 10% lower than in 1997 when it first published these figures.

In 2016, the UK consumed an estimated total of 784 million tonnes of carbon dioxide – more than one-and-a-half times the 468 million tonnes from territorial emissions alone.

In 2017, international aviation to and from the UK was responsible for an estimated 35 million tonnes of carbon dioxide, according to the Department for Business, Energy and Industrial Strategy (BEIS).

International shipping from the UK produced about eight million tonnes – that has not changed dramatically since 1990.

So if the 10% figure Miss Thunberg used captures all the UK’s consumption, is that the right one to use?

Unfortunately it is not quite as simple as that.

Consumption emissions figures are less accurate because tracking the total use of emissions through complex global supply chains is very difficult – and it can lead to some double-counting.

It also means countries are measuring things they do not always control – for example, if the UK imports products from China and then China starts making things in a more carbon-intensive way, the UK’s consumption emissions will go up despite consuming the same amount.

Territorial emissions can be a clearer measure of how government is acting to tackle emissions at home.

There are continuing debates about how responsibility for the emissions associated with global supply chains should be shared out between countries, particularly as many developing countries are responsible for manufacturing things then used in more developed countries.

The UK also has further to go than many countries: because it was early to industrialise, it has cumulatively contributed more carbon dioxide emissions than any other country, according to Prof Myles Allen, at the University of Oxford.

A BEIS spokesperson said the UK follows the agreed international approach for estimating and reporting greenhouse gas emissions under the UN Framework Convention on Climate Change and the Kyoto Protocol.

They said: “We overachieved against our 2013-17 targets for emission reduction, and through our modern industrial strategy are investing over £2.5bn to support low carbon innovation in the UK.”

What claims do you want BBC Reality Check to investigate? Get in touch