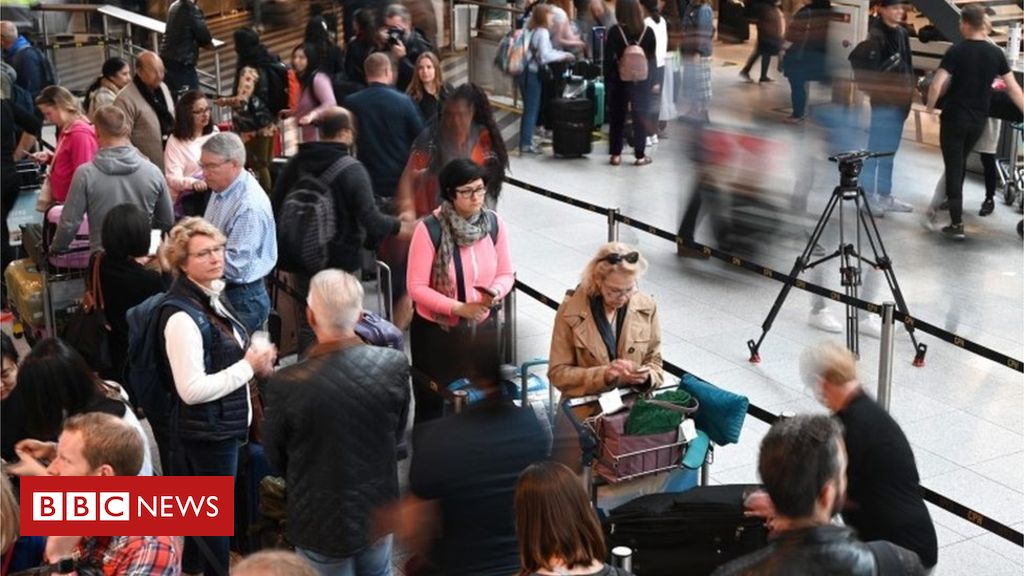 SAS said 673 flights would be cancelled on Friday affecting 72,000 passengers.

It said it was “deeply regretful” about the negative impact on customers.

The pilot walkout comes after negotiations over pay and work schedules – which began last month – broke down.

Most domestic, European and all long-haul flights have been cancelled. The strike does not affect flights operated by SAS partners, which make up approximately 30% of all departures.

Customers who have a flight booked, are advised to check if their flight is affected by the strike.

SAS said it wanted to “reach an agreement to end the strike as soon as possible”, but warned if the pilots’ requirements were met it would have “very negative consequences” for the airline.

The SAS Pilot Group, a union representing 95% of the airline’s pilots in Denmark, Norway and Sweden, said work schedules, and not wages, were the main focus of the negotiations.

“Many SAS pilots have no control over when and how long they have to work. In a worst case scenario, they risk having to work seven weekends in a row,” the pilots’ trade body said in a statement.

The pilots’ walkout comes against a backdrop of tough business conditions for SAS. It is currently in the middle of renewing its aging plane fleet and faces rising competition from budget carriers such as Norwegian, Ryanair and Easyjet.

The airline reported a bigger-than-expected loss for its first quarter in February, but said it still expected to record a profit for the year.